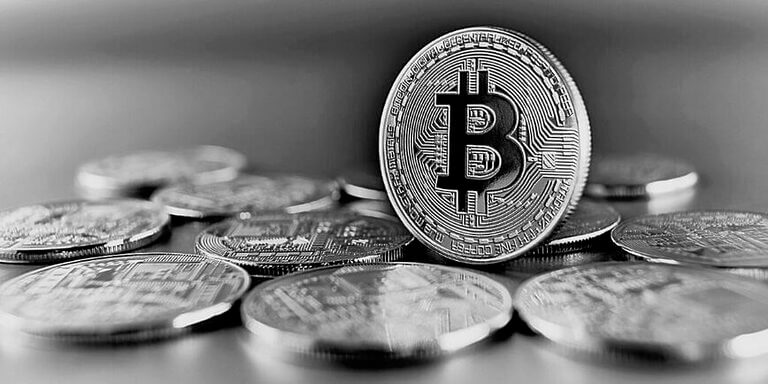 Transferring money from one person to another used to be as simple as handing someone a dollar bill. Of course, people still use tangible cash today, but what happens if you need to get money to someone across the country or across the world?

For this, we have credit cards, which come with various external fees preventing the receiver of the money from seeing the entire intended sum of cash. For international transactions, there is also a conversion fee to change one currency into another.

In short, there was never a practical way to digitally transfer money from person to person without external regulation by banks or government – that is until 2008, when the concept of Bitcoin was developed.

A person, or group of persons, under the pseudonym Satoshi Nakamoto, developed Bitcoin. In 2008, Nakamoto published a paper describing the Bitcoin currency.

In 2009, Nakamoto released the software, developed the first Bitcoins, and launched the Bitcoin network all while remaining virtually anonymous.

What Exactly Is Bitcoin?

Bitcoin is, in essence, an unregulated and decentralized virtual currency. This is to say that all transactions and transfers are done online and are not regulated by any third parties including banks or governments.

How are bitcoins obtained?

Bitcoin is obtained through “mining”, which is done by powerful computer programs. These programs work through complex software algorithms that are used to validate recent Bitcoin transactions. These math problems have the capacity to release new Bitcoin.

Whichever of the Bitcoin miners solves the equation first, gets a reward of a certain amount of Bitcoin called “blocks”. This process of obtaining the currency is intended to mimic the production of a tangible commodity such as gold.

One can also obtain Bitcoin buy purchasing it from a Bitcoin exchange like CoinBase or one can accept it as payment for products or services.

In many ways, Bitcoin is similar to gold. Like gold, Bitcoin is a hedge against inflation.

The total number of Bitcoins that can be mined is 21 million. Both gold and Bitcoin are unregulated by banks, and the value depends entirely on investors’ confidence in the commodity.

Where is Bitcoin stored?

Bitcoins are stored in Crypto Wallets. Each person’s Crypto Wallet has a different electronic signature associated with it , which are essentially long strings of numbers and letters.

Bitcoin is often interpreted as a “pseudo-anonymous” network. This means one can hold an electronic signature or address, without revealing any identifying factors about oneself in the address.

Theoretically, one person can have multiple Bitcoin addresses with nothing to indicate that one person owns them all. On the other hand, every transaction made with Bitcoin is traceable. They are all locked in the blockchain, a public ledger of all Bitcoin transactions.

Bitcoin is very volatile, meaning, its value is impacted and fluctuates every day based on a number of factors. Geopolitical events or news stories suggesting that Bitcoin is going to begin to be regulated often sway the confidence of investors.

News about security breaches, although rare, produce a similar effect on the value.

Like gold, Bitcoin has value because it is useful as a physical commodity, not because the government grants it legal tender status like it does with paper money.

Users could have the option to pay by article using micro-payments of Bitcoin, as opposed to paying monthly, weekly, or yearly online subscriptions.

Bitcoin can also provide a means in which immigrants can send funds back to family in their home countries. This eliminates foreign exchange fees as well as the need to utilize companies such as MoneyGram or Western Union, which charge high transaction fees.

Bitcoin and international trade and business

Thirdly, Bitcoin could theoretically become the currency of international business due to the fact that it is a universal currency. The international trade industry could benefit from a decentralized currency if businesses are educated on the potential benefits of investing in the commodity.

In short, Bitcoin has many benefits as a currency having largely to do with the fact that it is an unregulated, peer-to- peer network.